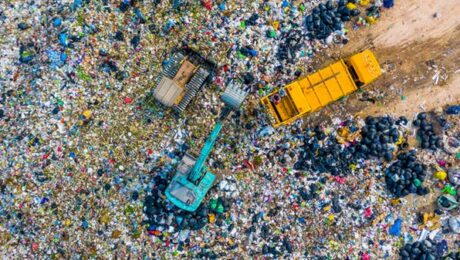 If we continue on our current trajectory, then by 2050 the amount of waste we produce, in all its forms, is likely to be three to four times what we produce now.

We need policies that are explicitly designed to reduce demand and build a very different model of economic prosperity. Governments need to pull their three main strings – public investment, regulation and taxation – in concert, and across all departments. That’s a gargantuan task. To oversee such a shift, governments could create a department with the explicit remit of realigning the entrenched economic priorities of all other departments. 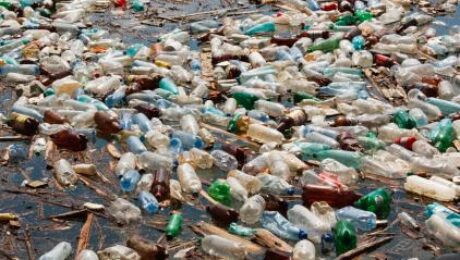 – Plastic could be Fantastic – If made Circular and Sustainable with clear rules, laws and requirements  about where and how it must be recycled –

The industry and decision makers have to rethink how their value plastic and polymeric products and see it as a circular material. The responsibility for producing, handling and recycling, from a product life cycle perspective – must be put on the producer. They are the ones who push prices, margin and pollutes our oceans, water and land.

PLASTIC FEEDSTOCK – Time to give plastic waste a value, price and meaning… See plastic waste and residues as a non fossil feedstock to be recycled into renewable fuels for the transport sector or virgin grade recycled material for the chemical industry to refine into performing chemicals for all fossil dependent industries.

SOLUTION PROVIDER – A SWESTEP Plant can recycle/turn all organic hydrocarbon-based waste and residues, including plastic, into renewable fuels (for Air-Land-Sea) or additives and virgin raw oils to refine into performance chemicals for the petrochemical industry. (New Raw materials that can help fossil dependent industries close the loop for future production of plastic, textile, cosmetic, medicine glue and binding materials)

SWESTEP intends to develop and roll out their technology on an industrial scale as it has the potential to:

• Recycle plastics for which there are limited other viable and effective recycling solutions and technologies today.
• Remove all undesired substances in the process.
• Produce virgin grade oils, sustainable additives and renewable fuels
• Turn biomass and solid waste/residues into valuable feedstock for the chemical industry or fuel for the transport sector.

SOLUTION PROCESS – Through the patented *CC process, plastic waste is broken down to fuels, oil or gaseous liquid products for the chemical industry. These hydrocarbon-based materials (feedstock) could replace todays fossil feedstock and be used to produce new sustainable and circular products, plas¬tic being one segment among others.

THE KDP TECHNOLOGY – A SWESTEP Plant – The Next Generation Process Technology for Sustainable Recycling Production. 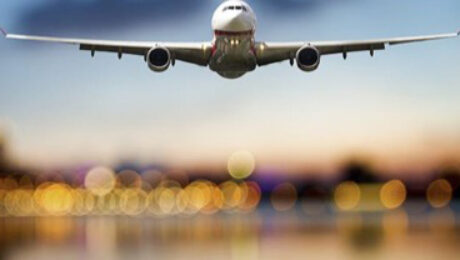 SWESTEP has successfully completed early tests to convert organic waste into non-fossil, green renewable diesel and aviation fuel. The process, which is patented, means that the production cost per liter of green fuel is very attractive.

“Preliminary study results indicate that the production cost of SWESTEP’s non-fossil fuels is in line with fossil diesel and fossil aviation fuel, which is a major achievement.  Our technology for producing non-fossil fuel is more cost-effective and more flexible than the alternatives, which opens up enormous opportunities.” Says Karl-Magnus Mattsson, CEO and founder of SWESTEP,

Climate Kic together with the City of Copenhagen and Kastrup Airport have participated in a study where waste has been tested and fuel is produced, with good results. Further tests and refinement of the process will be carried out in SWESTEP’s planned Facility (R&D + Test + Producton) in Ljungby, Sweden.

Tech.Dr. Anders Östman at ”Scandinavian Chemistry Information” has participated in studies where various mixtures of residual products / waste as input material have been tested and notes that the results are promising. The tests performed on a smaller scale show positive results.

SWESTEP’s process is CO2-neutral, renewable and fossil-free and the feedstock can consist of, for example, biomass-based waste. SWESTEP’s manufacturing process takes place at low temperatures and no harmful emissions of, for example, furan or dioxin occur.

“It is a climate-smart, simple and storable solution with good economy. This means new opportunities for local self-sufficiency, while at the same time it is easy and cost-effective to scale up production for those who want to carry out larger industrial production,” says Karl-Magnus Mattsson.

“In the future, aviation fuel produced by SWESTEP technology will undergo formal tests for type approval and certification. We expect an approval because it is of a very high quality. And add that it is non-fossil product, gives us great expectation due to the industries market demand”. He concludes.

SWESTEP – ”The Next Generation Process Technology for Sustainable Recycling Production” –

SWESTEP develops and sells SWESTEP-Plants. The technology can recycle all types of hydrocarbon-based residues and waste, including plastics, into renewable energy and fuels (for Air-Land-Sea) green raw oil or liquid to refine into performance chemicals, for the petrochemical industry. (New green raw material that can help fossil-dependent industry to ”Close the Loop”, plastics, textiles, cosmetics, construction, etc.)

SWESTEP’s technology copies nature’s decomposition process, which converts organic residues and waste into renewable oils, minerals and and performance chemicals. But with the great difference that SWESTEP’s technology takes less than 6 minutes instead of the more than 100 million years it takes for mother earth.

SWESTEP’s technology involves a cost-effective extraction of renewable energy such as fossil-free oil, renewable diesel and green aviation fuel from residual products in our local environment, which partly facilitates waste management and self-sufficiency in energy, and partly leads to significant emission reductions compared to extraction of fossil oil taken up from the ground, Refined with associated emissions and then transported long distances over the soil before it is used (which in total means greater greenhouse gas emission.

SWESTEP has been nominated for – The Nordic Counsel Environmental Prize -, by Climate KIC in Denmark. This is the result of established partnerships with, among others, City of Copenhagen, Kastrup Airport, NISA (Nordic Initiative for Sustainable Aviation), KTH, Lund University and DTU (Technical University of Denmark).

CLIMATE KIC and SWESTEP on a OID Tour in India 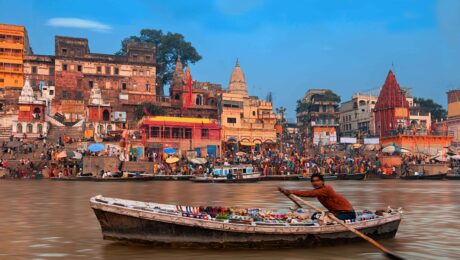 In order to provide concrete solutions to this problem, Climate KIC together with partners tasked by Nordic Innovation to identify innovative solutions though Open Innovation Day (OID).

The Government of India welcomed the concept to utilize “OID” for the purpose of tackling the water and waste challenges of urban sustainability. The Open Innovation Day target the following cities: Mumbai, Panaji, New Delhi, Shimla.

Each of the cities selected, offer specific and unique qualities as an innovation ecosystem. And in the same time each city faces significant environmental challenges – often associated with a metropolis –which again despite having a common theme, vary significantly between settlements.

The Indian Central Government has committed INR 480 billion (equivalent to €6 Billion) in order to finance the mission, a figure that is conditional to equal funding from the state governments.

– “SWESTEP is a waste to energy company among 9 companies that was selected by Climate Kic. We see our Swestep Plants as a natural choice since we offer one solution to two problems, an economically and environmentally viable solution that addresses the waste and water problems at the same time”. Says Karl-Magnus Mattsson, CEO and founder of SWESTEP, and continues. “Our sustainable process technology can effectively recycle all hydrocarbon-based waste, including plastic, into renewable additives and fuels for Air-Land-Sea or a virgin sustainable raw oil to refine into liquids or performance chemicals for the petrochemical industry. Raw materials that can help fossil dependent industries close the loop for future production of textile, cosmetic, medicine and plastic” –.

India is yet to unlock the full growth potential of its urbanisation process, and the existing urban infrastructure is not equipped to accommodate the coming dramatic growth of its cities.

Peter Vangsbo, Nordic Business Developer, EIT Climate Kic, says, – ”Given the scope of this project and scale of environmental challenges within each city, not just in terms of magnitude of the problem but also number of people affected. We consider that the challenges require world-class solutions which OID has the potential to deliver through support from the Climate KiC global presence and networks” –.

– “The first days here in India, on the Open Innovation Day Tour, have been fruitful, inspiring and constructive. We look favorably on the broad interest we get, –. Says Karl-Magnus Mattsson and ends with”. When we see the problems and challenges, we feel a responsibility to act now and deliver an economically and environmentally defensible solution that is viable to everyone and everything” –. 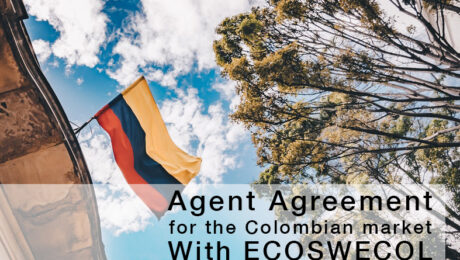 – The Columbian market is interesting from a regional perspective on the South American continent. says Karl Magnus Mattsson CEO, and continues, – There is an urgent need to tackle the waste problems in Colombia, and ECOSWECOL sees SWESTEP’s solution as both environmentally and economically viable.

Several municipalities have already shown interest, so the next step is to enter into dialogue regarding specific needs, location, feedstock and finances.

SWESTEP see plastic waste as a valuable feedstock that can be processed into sustainable fuels and energy, or also as a chemical raw materials to refine into performing chemicals for the fossil-dependent industry.

CEO Karl Magnus Mattsson’s speech on how SWESTEP’s Catalytic Conversion technology recycles plastic waste in an both economic and environmental viable way led to many questions and interesting dialogues.

VESTFORBRÆNDING is Denmark’s largest waste management company.
Each year VESTFORBRÆNDING handle around 1 million tonnes of waste and the focus is on the resource value of the waste – whether it is materials for recycling or fuel for energy production.

SWESTEP sees this as a interesting and rewarding first step and looks forward to the next step.

Picture above – Some of the participants from the meeting; 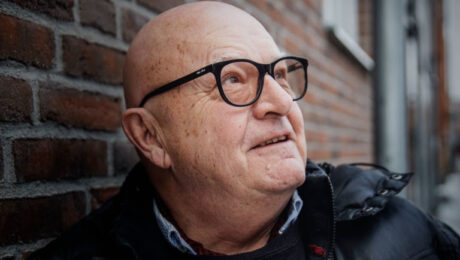 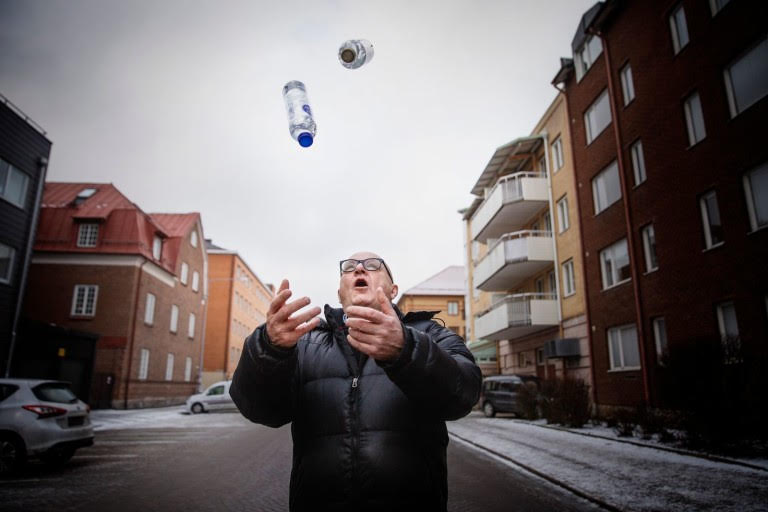 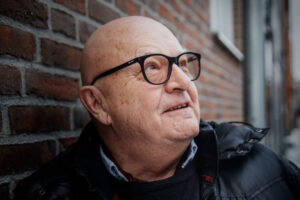 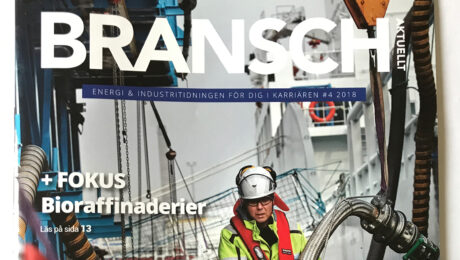 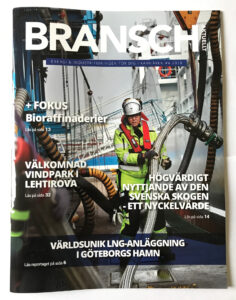 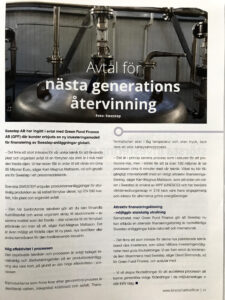 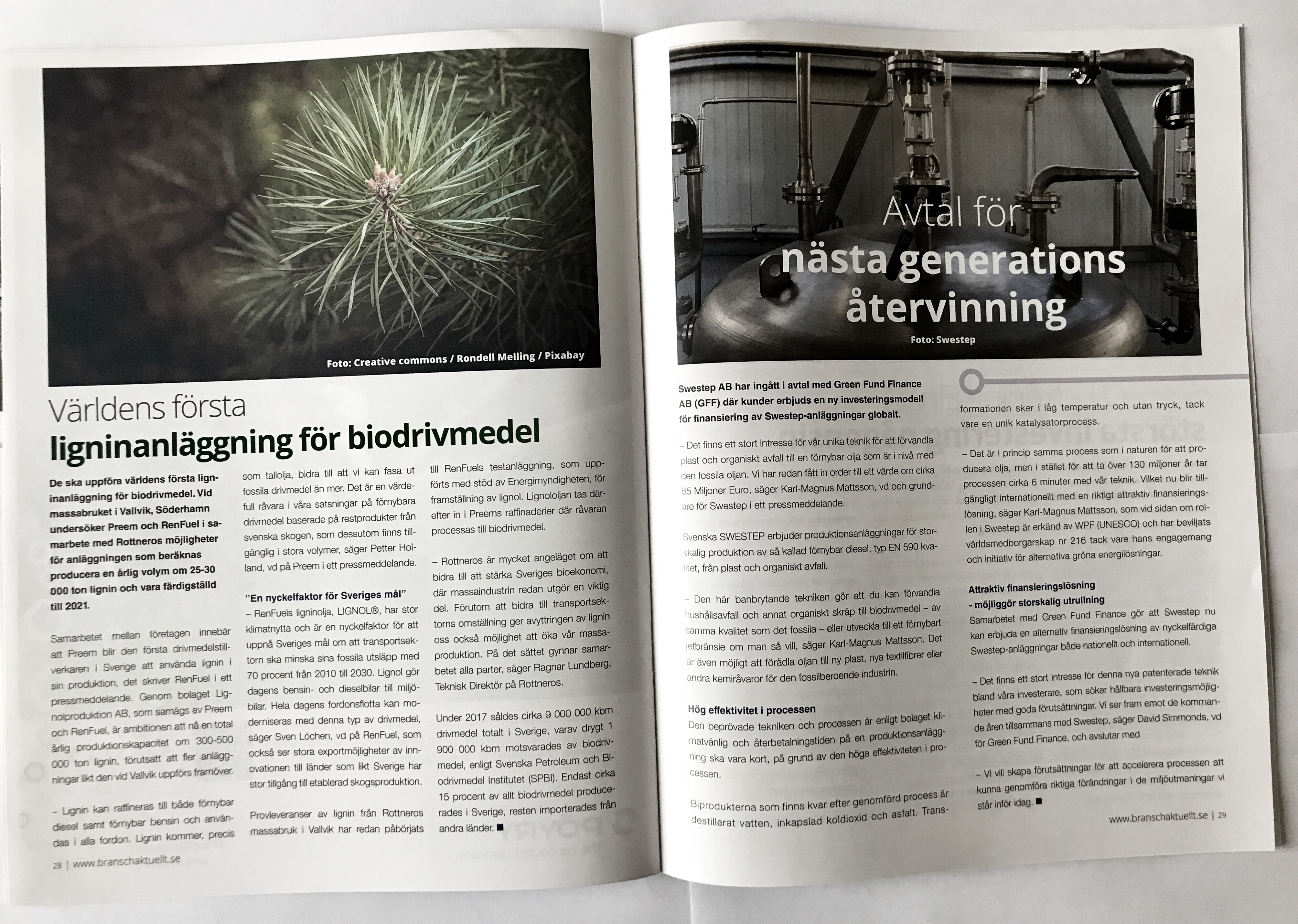 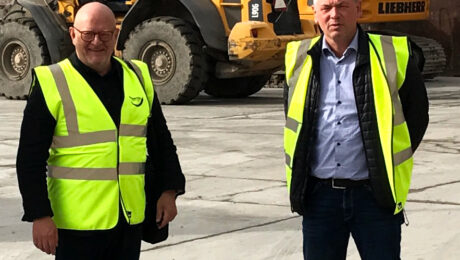 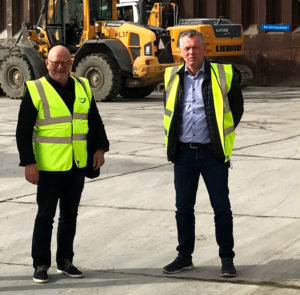 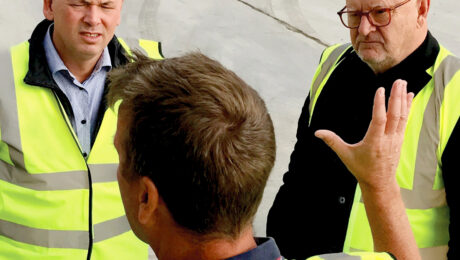 SWESTEP AB has entered into an agreement with RECONOR A/S to investigate the possibilities for set up a SWESTEP-1000 plant in the Copenhagen area in spring 2020. The total value of a possible transaction amounts to 13.5 million EUR.

”That RECONOR has chosen SWESTEP is a clear sign that our unique and profitable technology for transformation of waste into sustainable diesel oil is fertile ground in RECYCLING and Waste Management. Say’s Karl Magnus Mattsson, founder and CEO of SWESTEP AB. ”The first order was signed in September 2018, and since then it has been a huge interest. I get calls from potential customers from all over the world, every day.” – Before this agreement with RECONOR A/S, SWESTEP AB’s order book is up to 200 million. EUR-.

RECONOR operates within Resources and Logistics in Denmark and sees the SWESTEP factory as a supplement to recycling and recycling of specific waste fractions in an environmentally and resource-efficient manner, which ensures reduction of the extraction of fossil materials.

”We have evaluated the technology for a while and are very happy to be able to take the next step towards a real project,” says Søren Eriksen, COO at RECONOR AS.

Financing for the SWESTEP Plant is done with Green Fund Finance, which will enter into an agreement with RECONOR.